You Should Squash Merge to main 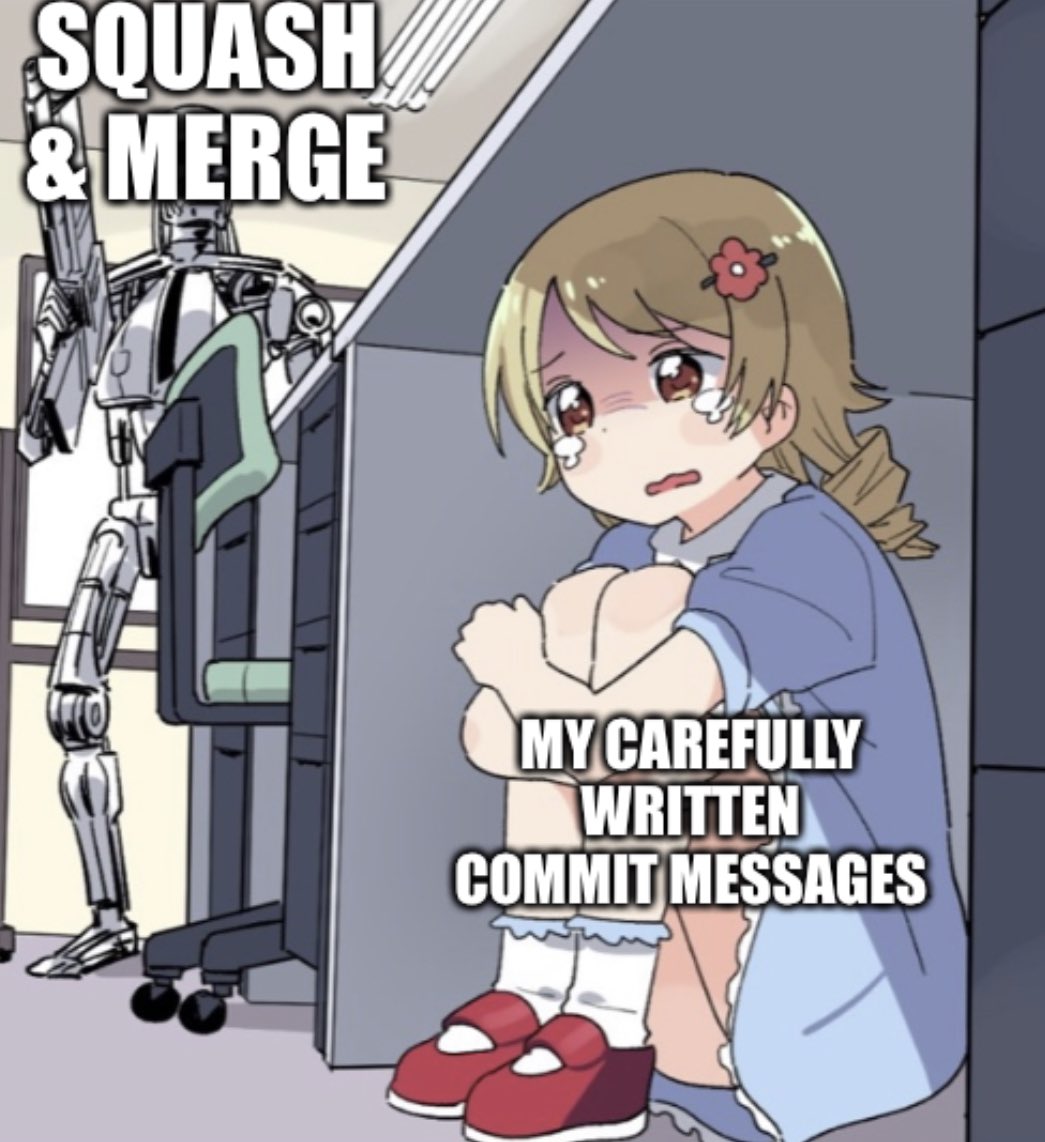 and it makes me so mad. For good reason! OSS project repositories that support merge commits to main are usually littered with useless comments like: “Merge change from $USER, $PR”. It makes the commit history on main utterly useless and you get to check the various feature branches in a never ending snake of commits to find out what the hell changed.

You should squash merge.

Here’s why you should squash-merge:

My actual favorite solution to this problem is to use the Gerrit workflow that guarantees any merged piece of code is a single “change set” that’s merged atomically. Squash Merge is the closest thing Github provides in its UI, so do that.

Read other posts
← Thoughts on OKRs Why I (Still) Use Vim →